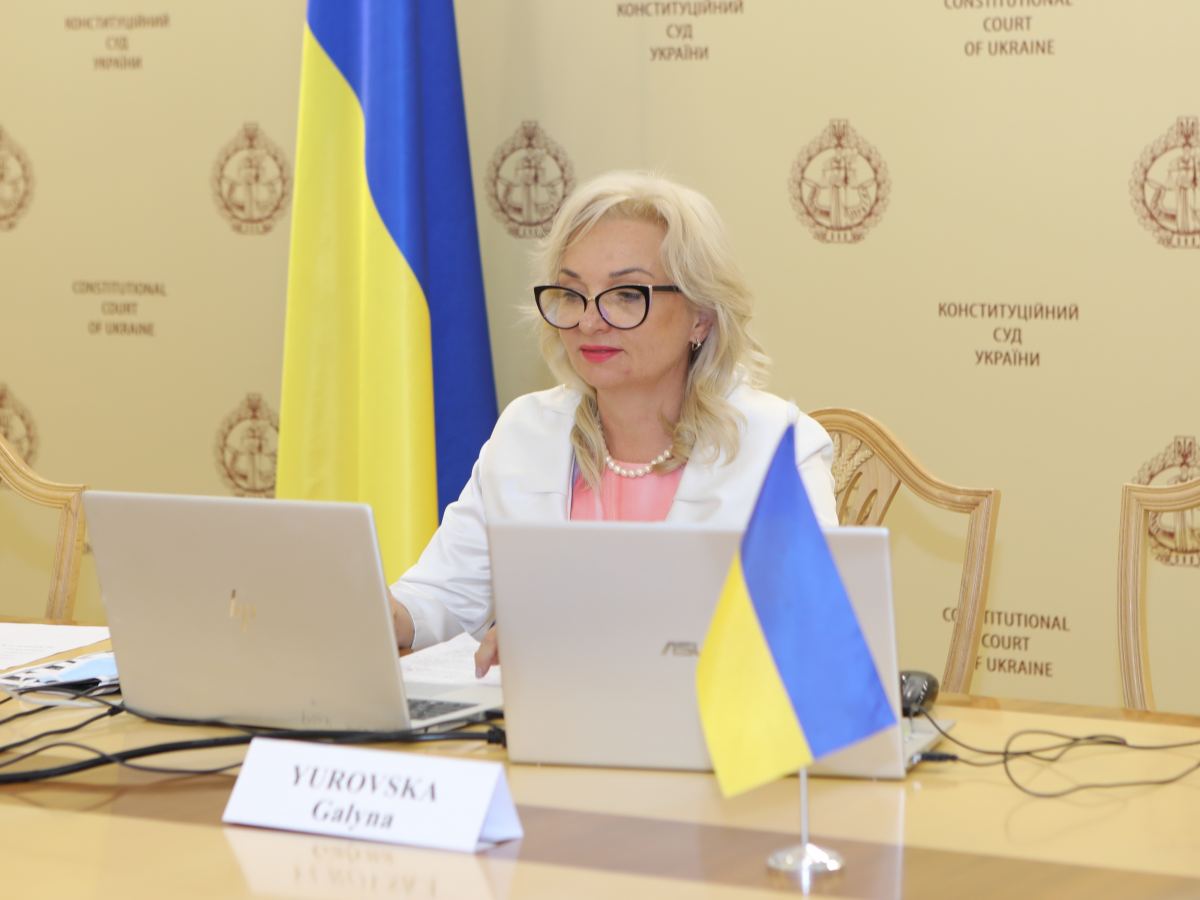 The online event, which brought together representatives of the constitutional control bodies of foreign countries, high-ranking officials, well-known public figures and representatives of international organisations, took place on August 27th in the capital of the Republic of Kazakhstan (Nur-Sultan).

Galyna Yurovska greeted the participants of the symposium and expressed her gratitude to the organisers of the event.

At the same time, the judge stressed that constitutional control in Ukraine is exercised on the basis of the doctrine of friendly attitude to international law, according to which the practice of interpretation and implementation of human rights declared in international treaties is used in the decisions of the Constitutional Court of Ukraine.

As the judge of the Constitutional Court of Ukraine mentioned, quite often international practice, including the positions of the ECtHR, was applied by the body of constitutional jurisdiction of Ukraine to substantiate the inadmissibility of restrictions on human rights and freedoms, as well as to establish the limits of state responsibility.

In her report, Galyna Yurovska noted that the decisions of the constitutional control body of Ukraine, which applied the relevant positions of the European Court of Human Rights, concerned the right to liberty and personal integrity, protection of human rights and freedoms by the court, application of punishment to a person solely on the basis of proof of the person's guilt and establishment of conviction by a court, free expression of own views and beliefs, the limits of the application of restrictions on rights, protection of private property rights. 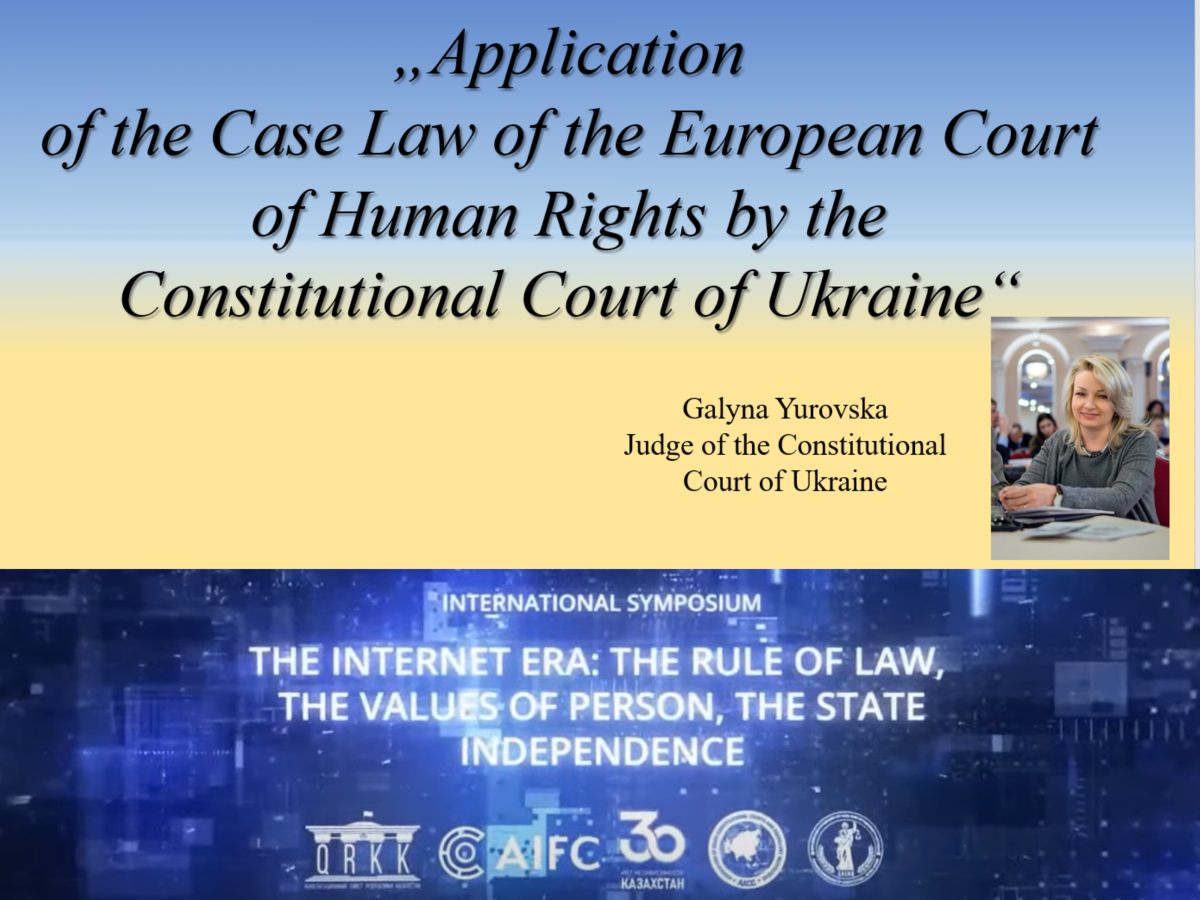 In substantiating her thoughts, the rapporteur analysed a number of decisions of the Constitutional Court of Ukraine, in which the case law of the European Court of Human Rights was applied.

The judge of the Constitutional Court of Ukraine stressed that the body of constitutional jurisdiction in Ukraine, in order to protect the constitutional human and civil rights and freedoms, quite actively uses international experience in matters of greatest public interest and which are fundamental for further protection of human values. "The use of such a practice in the future as an additional argument in the decisions of the Constitutional Court of Ukraine will only contribute to the consolidation of its legal positions with the views of the international community," Galyna Yurovska said.

Within the framework of the program of the international symposium three plenary sessions took place, during which the participants discussed the following topics: “Digitalisation and National Sovereignty: Complementarity or Mutual Denial”; "Guarantees of Human Rights and Freedoms in the Internet Era Conditions: Personal Life and Open Space"; "The State and State Sower: Strengthening Responsibility to Society and Human."

The video recording of the event is available at: https://bit.ly/3Bgbndd