The participants of the meeting discussed working issues related to the preparation and holding of the next XIX CECC Congress. It was agreed that the next Congress will be held on May 21-24, 2024 in Chisinau (Republic of Moldova) and will be dedicated to the topic: “The forms and limits of judicial deference: the case of constitutional courts”. Additionally, the topic “Constitutional Justice and Separation of Powers” will be underpinned.

During today’s meeting, the participants approved the circle of guests and observers, working languages, the procedure for preparing the questionnaire and drafting national reports, as well as involvement of the Venice Commission in the work of the CECC Congress. Mrs Domnica Manole, the President of the Constitutional Court of the Republic of Moldova, will be a Rapporteur-General at the Conference.

Special attention at the meeting was also devoted to the results of the voting (which has begun on April 20, 2022) of the Conference members on the termination of the membership of the constitutional courts of the Russian Federation and the Republic of Belarus in the World Conference on Constitutional Justice (WCCJ). Earlier, a number of CECC member-courts came up with such an initiative together with the Constitutional Court of Ukraine.

Along with this, the issue of amending Article 9 of the WCCJ’s Statute was also initiated in order to provide for the possibility of terminating the membership of constitutional courts that flagrantly violated the fundamental principles on which its activities are based and do not adhere to the shared values.

Supported by a majority of members, both proposals will be presented by the Constitutional Court of Moldova during a meeting of the WCCJ Bureau in early June.

During the meeting, Acting Chairman of the Constitutional Court of Ukraine Serhiy Holovaty thanked his colleagues for their letters of solidarity, as well as for their moral, professional and institutional support.

He stressed that despite the difficult situation, daily casualties, serious destruction in many regions, air raids, rapid deterioration in eastern and southern Ukraine, the Constitutional Court of Ukraine continues to work and adopt decisions. Serhiy Holovaty emphasised that “Since the Second World War, no one could have thought that this could happen again, because the European and world order are based on common values – human dignity, human rights, rule of law and democracy”. He sincerely thanked all those present for their support in the vote to terminate the membership of the constitutional courts of the Russian Federation and the Republic of Belarus in CECC.

In conclusion, the President of the Constitutional Court of the Republic of Moldova Domnica Manole, on behalf of all those present, wished the Ukrainian people that peace would come soon. 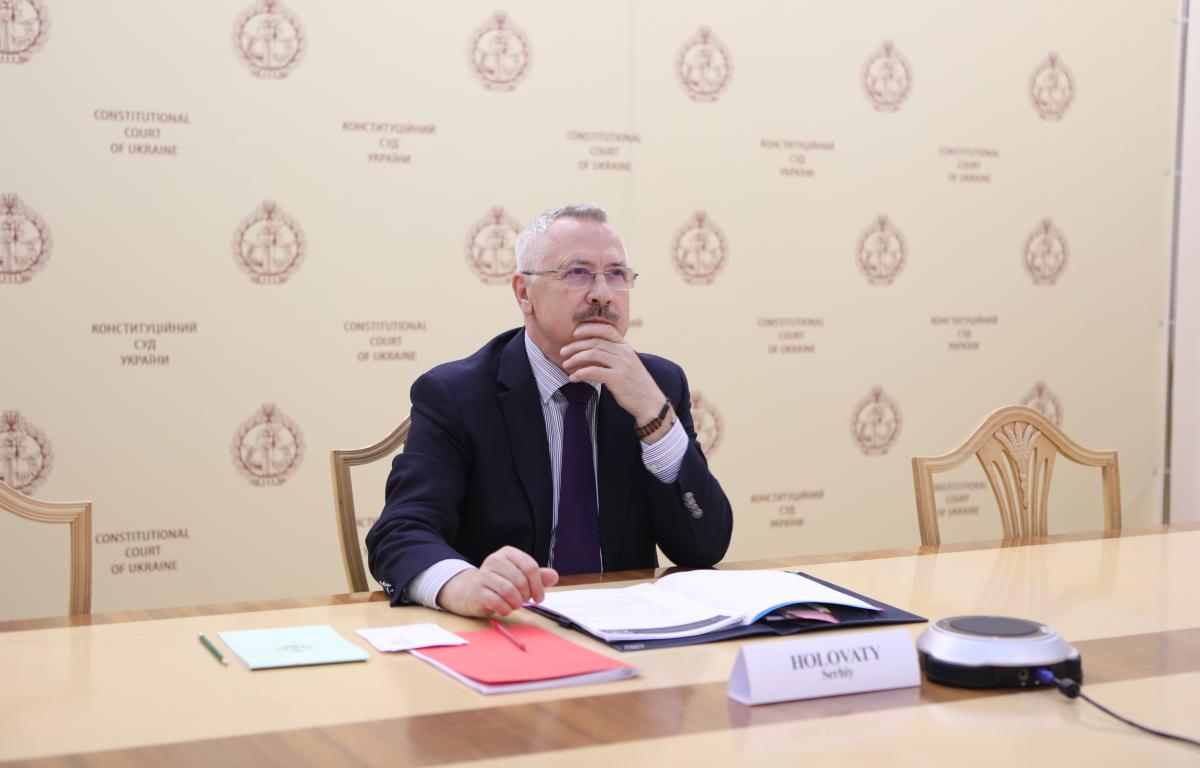 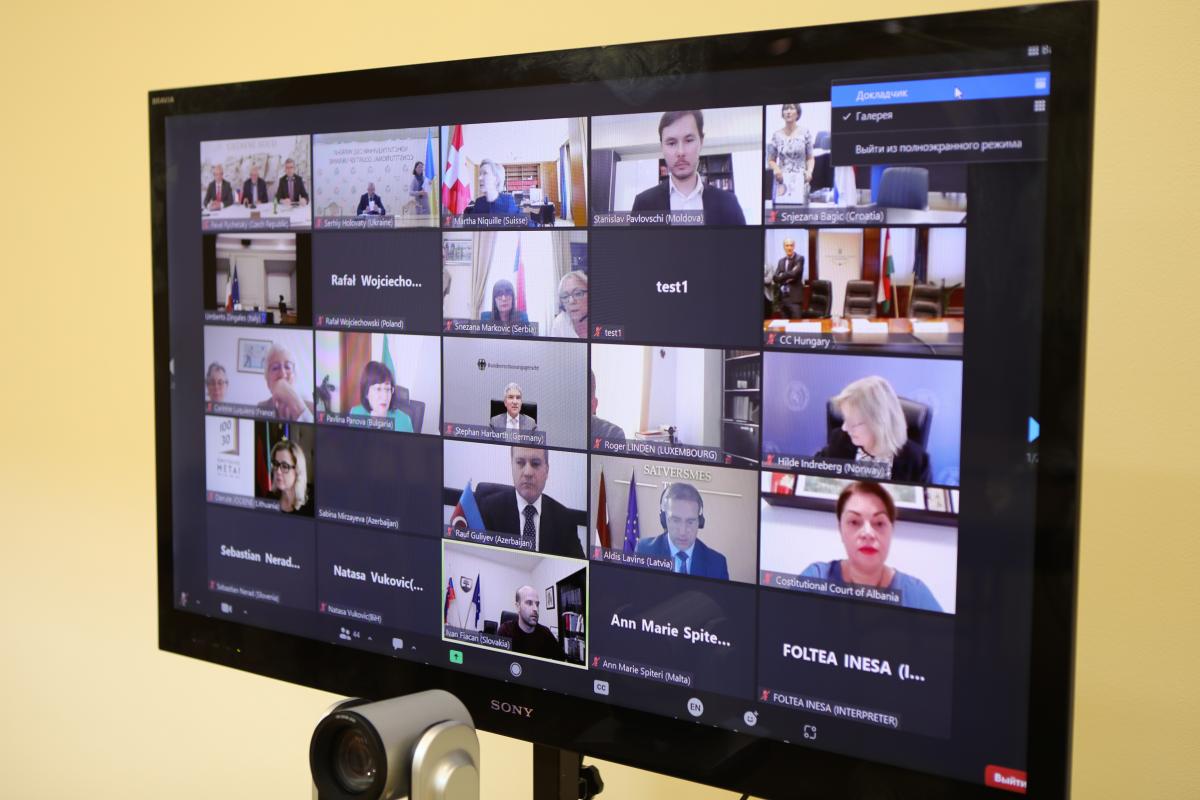 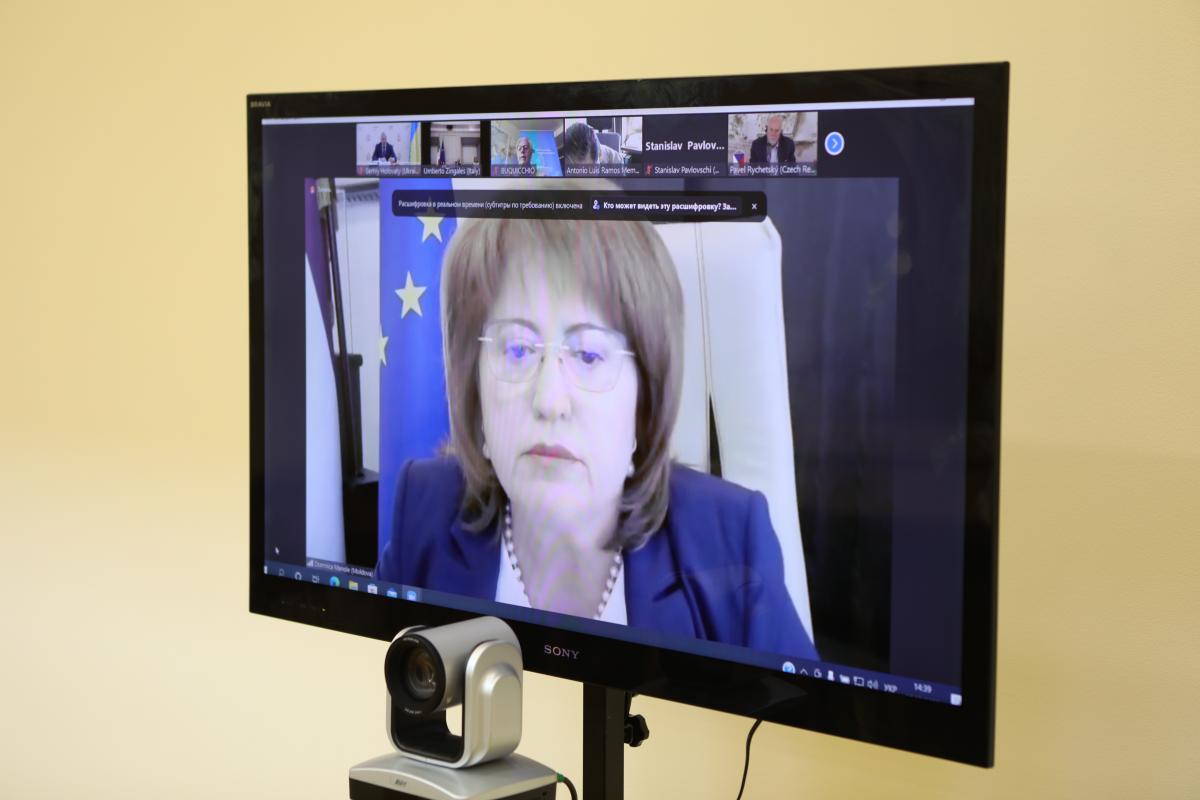