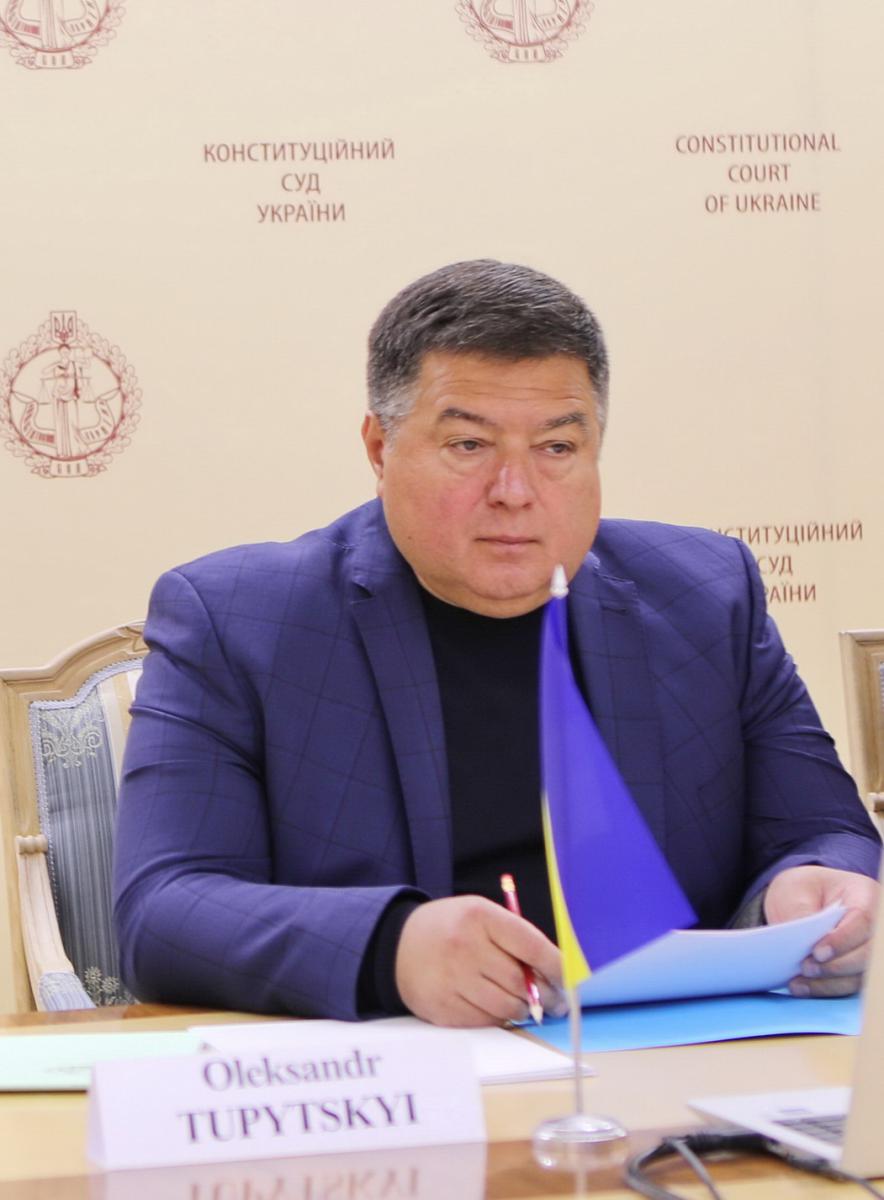 The event was attended by the Head of the Secretariat of the Constitutional Court of Ukraine Viktor Beschastnyi.

The online conference, which brought together chairmen of constitutional review bodies from more than 20 countries, high-ranking officials, well-known scientists, public figures and representatives of international organizations, is being held in the capital of the Republic of Kazakhstan (Nur-Sultan).

As part of the scientific-practical conference program, the opening ceremony took place and three plenary sessions were planned to discuss the following topics: "The Constitution and the rule of law: challenges and solutions"; "Protection of constitutional human rights and democratic values in the era of digital transformation"; "Constitutional principles of modernization of a modern and effective state".

Oleksandr Tupytskyi noted that throughout the history there has been a tendency to expand the content and scope of existing rights, change their legal standards and guarantees, which presumably causes controversy, the parties of which are not only legal theorists but also government institutions and various social groups. Therefore, he stressed, fundamental human rights and freedoms are enshrined in international treaties and national constitutions.

The rapporteur noted that while ensuring the supremacy of the Constitution of Ukraine, the Constitutional Court of Ukraine, whose decisions are binding, directs both law enforcement and legislative process to compliance with the legal standards of the Council of Europe.

The Chairman of the Constitutional Court of Ukraine stressed that today the greatest threat to human rights is the pandemic of coronavirus infection, as democracies, with rare exceptions, have legally limited the right to freedom, privacy, property, etc. within their jurisdictions. According to him, the main criterion in resolving the relevant disputes in the courts will be not so much the validity of the restrictive measures taken, as their compliance with the socially useful goals to which these measures are aimed. In this context, Oleksandr Tupytskyi informed the audience about the legal acts adopted in Ukraine in connection with the viral pandemic and the restrictions imposed, and noted that the Court is currently considering the constitutionality of restrictions on the rights and freedoms of citizens.

In addition, the Chairman of the Court focused on ways to solve these issues. According to him, the main criteria in resolving relevant legal disputes at the level of both national constitutions and international law will be the validity and compliance of such restrictions.